Sometime ago, when I used to be very nice on the streets of Lagos, I was given the “welcome to Lagos” treat.

It was both an horrifying and ugly experience that opened my eyes to the ills of this world.

I am talking about the kind that leaves you like you just watched a Nollywood movie. The spell bound kind…The Africa Magic Yoruba one. Popularly called ‘black man juju’ 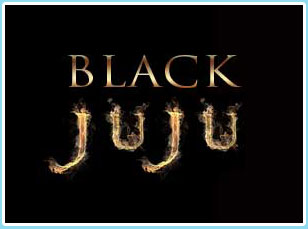 I was on the National Youth Service Corps that year going back home from work that evening. I lived with my aunty with her hubby.
The kind me, not anymore though…tried to answer a man who needed descriptions for a particular place. Yemkem. This guy explained that he needed to sell a drug quickly to get money for his mum’s ailing health and Yemkem is the only place he could get to sell it for a good price. Oh! I felt sorry for him and considering all the stress he’d have gone through coming all the way from Ijebu Ode. I listened to him and waited to hear him out.

I told him that I used to see Yemkem on the other side if the road, he can go and check. But while I made to continue my way, I noticed another, say B, coming from the service lane saying that we should help him since the first man, A, had said he was knew none in Lagos…that was where the jazz took effect. I’d explain why I call it jazz. 😀 😀 as I continue in my story. This guy said he knew somebody that could buy the drug From A and we should kindly assist. Nice Omoby thought I was doing somebody a favour.

And so we walked o…we walked…and walked. I was new in Lagos. I didn’t know we walked until we got to Idiaraba almost an hour after LUTH. But I noticed that each time I tried to catch up with man B, the one who came as a solicitor for A, he’d tell me to just walk behind him. A was really walking slower…like he was completely depressed.

We eventually got there. We met the guy, C, who was to buy the drug from A. He said he was an herbalist. The place looked dirty and so unkempt. Like all those ghettos I had only seen on TV.

Note that A never showed me the drug sef or whatever he called it. It was in a small bottle. As C saw the three of us, he told us he was an herbalist and he’d buy the drugs but first of all we’ve got to do some stuffs. He now started saying all the things A had told me about his mother. How his mother is ill and he has come to sell a drug to him. My jazzed mind was shocked because I wondered how he knew. C continued and said that because he met B and I on the road, we’ve already been indicted with trouble or the diseases of the mother except we cleanse ourselves.
He also said something to A which he confirmed to be true. At this point, I was scared. Fear took control of my faculties. B was acting troubled as well and saying that he only wanted to assist. He didn’t think A would do him this harm.

C continued and told B and I to drop all we had. I dropped my phones: three of them. He asked if I had money on me, I told him I had 4K, he told me to drop it. I did. I don’t remember if B did same but he was acting like he did. C also made me drop my wallets and my bank cards. He told me he’d have to speak to the Oracle to find out if everything about all he said about us are true. He did. He rubbed a big stone in my tummy and opened his hands, the stone was no more. He also did some magic which according to him meant that I/we was/were in trouble except I cleanse all the money on earth that I have. I was already thinking of how to get money to cleanse o.

Finally, they made me speak some rubbish and in them reveal my ATM codes. I noticed here that B said his codes were 2222. It didn’t occur to me that something was wrong. They asked if it was for both cards. I said yeah! Truth is, it was!

Now filled with fear and completely out of my senses, they told me I have to cleanse all money I have and bring back whether in the bank or not. My mind was already thinking of the money my folks had for my Msc school fees to England and others. I told them I had lots of money but I’d have to go to Ibadan to get them. You see why I said it was jazz?

He gave me frightening instructions of coming back after I have gotten the money. C told me I’d die within 4 hours if I don’t and I have been monitored. He also performed some live magic which were real o. I wonder how it was done. He, C, have B same instructions as well.

Before then, my ATM cards had been taken away from me. My phones and money. I was only given 200naira to hurry and come back. I was like a dunze!

And off “we” (B and I) both went to look for money. I remember asking B if we could first of all go to his house and collect all his money then go to my house to get mine. Chaiiiiiiii. Foolish me. He objected. I thought it was my cross and I needed to bear it alone.

On my way, I was thinking of all the money I needed to bring back to him. I thought of the hours I had left and if I didn’t come back early how I was just going to die. I had been warned not to tell anyone. I thought of my folks in Ibadan and how I was gonna convince them to give me their money as well.

I got home and made way to my aunty and uncle’s room. Prior to this event, my Granddad who lives in England had come back to see his children: my dad and aunty. He came with money. I saw the large bundle of pounds and I as drawned to take it away. I took some of my aunty’s jewelleries and packed it in the plastic bag I was given. I was checking the time. I still had time. I looked around searching for more money but didn’t see. I reasoned that it was enough anyway.

Then suddenly something happened. I heard a voice. A subtle voice…kind and gentle.

” Omoby, wouldn’t you be stealing if you take your aunty’s jewelleries and that money?”. I shoved it aside. The voice continued “You know your aunty could send you packing?” I froze and made attempt to return the money. I looked at the empty bag and said “Well, since I can’t take the money, it means I’d die in 4 hours. I need to tell somebody about this so that my family know what killed me”

I ran back to the bus top and made plans to call him having it in mind to tell him that I saw some money and jewelleries but couldn’t take it as well. This guy had given me N200 for transport back home and money to give him a call when coming back.

“Hello, it’s me. The lady you took her stuffs from. I am coming back to get them. How do I get to your place?”

“Oh okay. I remember. Do you have the money and gold with you?”

I murmured something and hung the call. He was expecting me back.

I thought. Who do I tell I just had 3 hours now to live? I thought of going to my aunty’s office, but she worked on the island. I’d have been dead before I get to her office considering Lagos traffic. My uncle worked on the Island as well. I thought of my friend Funmi. She’d have close from work and lived in Ipaja. I’d be dead before I get to her house. Someone needed to tell my folks that I only had few hours to live o. Who? Who? What do I do?

Anyway, I got in the bus going to Ojuelegba. He told me I needed to board that before getting to Idiaraba where we were taken to. While in the bus, I thought of explaining to somebody. But nobody knows my parents and how to get to them now?

“You needed to tell somebody you were going to die right? Get down here at Ojuelegba and walk to your bobo’s place. He just lives down the road”

With no plans to alight or remembering that I had somebody close by, I did as I was told. I got down and raced to my bobo’s house with the fastest legs I could walk with. Yaaaaayyy! I was excited. I trusted that he’d give my message to my parents and family and tell them what killed me o.

He was shocked at the sight he saw me. I looked like a mad woman. My hair was all up and scattered, my clothes were rumbled and rough and I was completely in an insane state. He asked me what happened. I told him there was no time for questions yet, can he just call my folks and tell them I had less than 45 minutes to die? The bobo was shocked! He didn’t understand what I was talking about. He got back inside spending snot 20 minutes in there. I was worried. I don’t have enough time. I was given only 4 hours from then. Please kindly call home and tell them. When he came out, he was accompanied by his older brother and wife.
They told me to rest and gave me some water to drink. They told me I had just been given the “welcome to Lagos package”! I had been jazzed! They went further to ask what other things were taken from me…it was at that point I remembered that they took my phones: three of them and the ATM codes for the two banks I operated with. Everything and my surroundings began to make sense to me again.

By the time we could reach through to the customer care of Access Bank, the account that had a large chuck of my savings, (110,000.00), it was confirmed that the money had been deducted. That money was all my alawee savings I had wanted to use to buy a Laptop knowing I was going for my Msc programme the following year. We tried to also call the customer care of UBA which had 10,000.00 on it. The lady confirmed the money had been deducted hours ago.

That was how I was hypnotized or jazzed and everything taken from me. I am not a nice person on the streets of Lagos anymore, driving or walking. Regardless of the kind of help you need: genuine or not, I don’t give you a second look or listen to what you wanna say. I keep moving. Do you blame me?